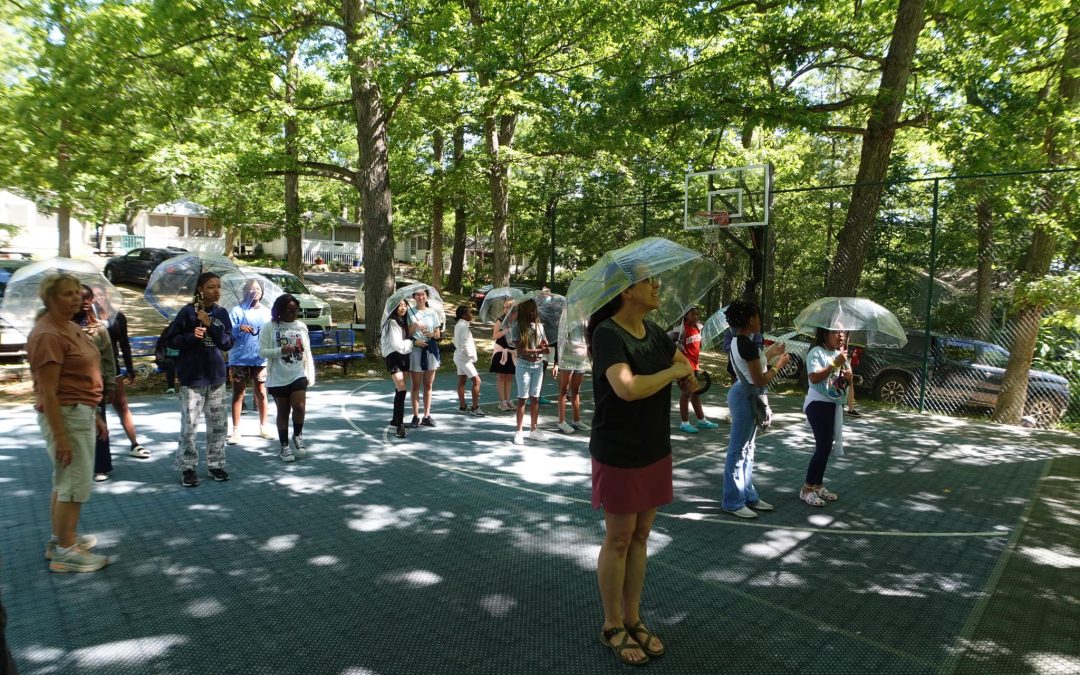 For a week in June, 20 Chicago girls were introduced to science and astronomy at the Girls STEAM (Science, Technology, Engineering, Arts, and Mathematics)  camp at the Norman B Barr Camp on Geneva Lake.

“The girls, between the ages of 11 and 14, did not have backgrounds in science, but by the end of the week, they were full of questions about science and STEM careers,” said Kate Meredith, Director of GLAS.  The middle schoolers attended the camp during the week of June 20th. Because of a last-minute staff vacancy, Kate found herself as one of the two camp counselors. “It was an interesting week,” she said. “It wasn’t planned, but I did have a fine time.”

Camp work is nothing new for Kate, who ran astronomy camps as the education director at Yerkes Observatory.  This is the first year for the program, which was a partnership between GLAS and the Cosmic Microwave Background Radiation Group at the University of Chicago and was hosted by the Norman B. Barr Camp, Kate said. The Girls STEAM Camp was set up by Juliet Crowell, outreach coordinator at the University of Chicago.

Every day, activities at the camp ranged from the arts to the sciences.  “Students did a lot of campy things: arts and crafts, making tie-dyed T-shirts, journaling, singing songs, drawing, playing games, and putting on a talent show,” Kate said. The girls also had hands-on learning about the electromagnetic spectrum and how astronomers study the universe using different wavelengths of light.

Kathy Gustavson, an astronomer, former high school science teacher, and former teacher at Yerkes, also gave a presentation on her experiences with the flying observatory called SOFIA, the Stratospheric Observatory for Infrared Astronomy. SOFIA is mounted on a Boeing 747SP aircraft.  Later in the week, the students were also taken on a tour of the GLAS Education office near Williams Bay, where the girls talked with GLAS interns and learned about the projects they were working on.

Because attendance at the camp was based on need rather than interest in science, at the start of camp, students weren’t immediately plugged into the science end of the program.“True to form for teenage girls, it took a couple of days to get into the program,” Kate said. But by the end of the week, those same girls left with far more knowledge and interest in science than when they arrived.

“A large part of women sticking with STEM is creating a community they can lean on when things are difficult,” Kate said. They got to meet college students working on STEM degrees and see examples of how diverse the fields are.Kate said she would like to see the camp become an annual event.

“I’d like to repeat the camp and even replicate some of the programs we had at Yerkes and bring in local kids,” she said. Kate said she was particularly pleased with the partnership developing between GLAS and the Norman B. Barr Camp. The Barr camp provided the location, the food, and the necessary camp protocols and strategies for creating a COVID-free week. The Barr camp also provides weekly lunches on Fridays while GLAS puts on astronomy programs at the camp. 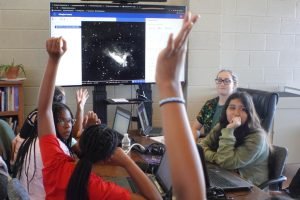 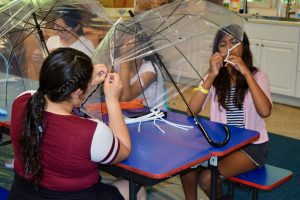 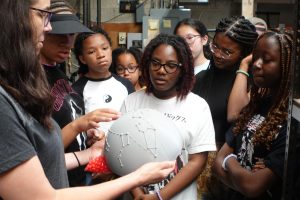